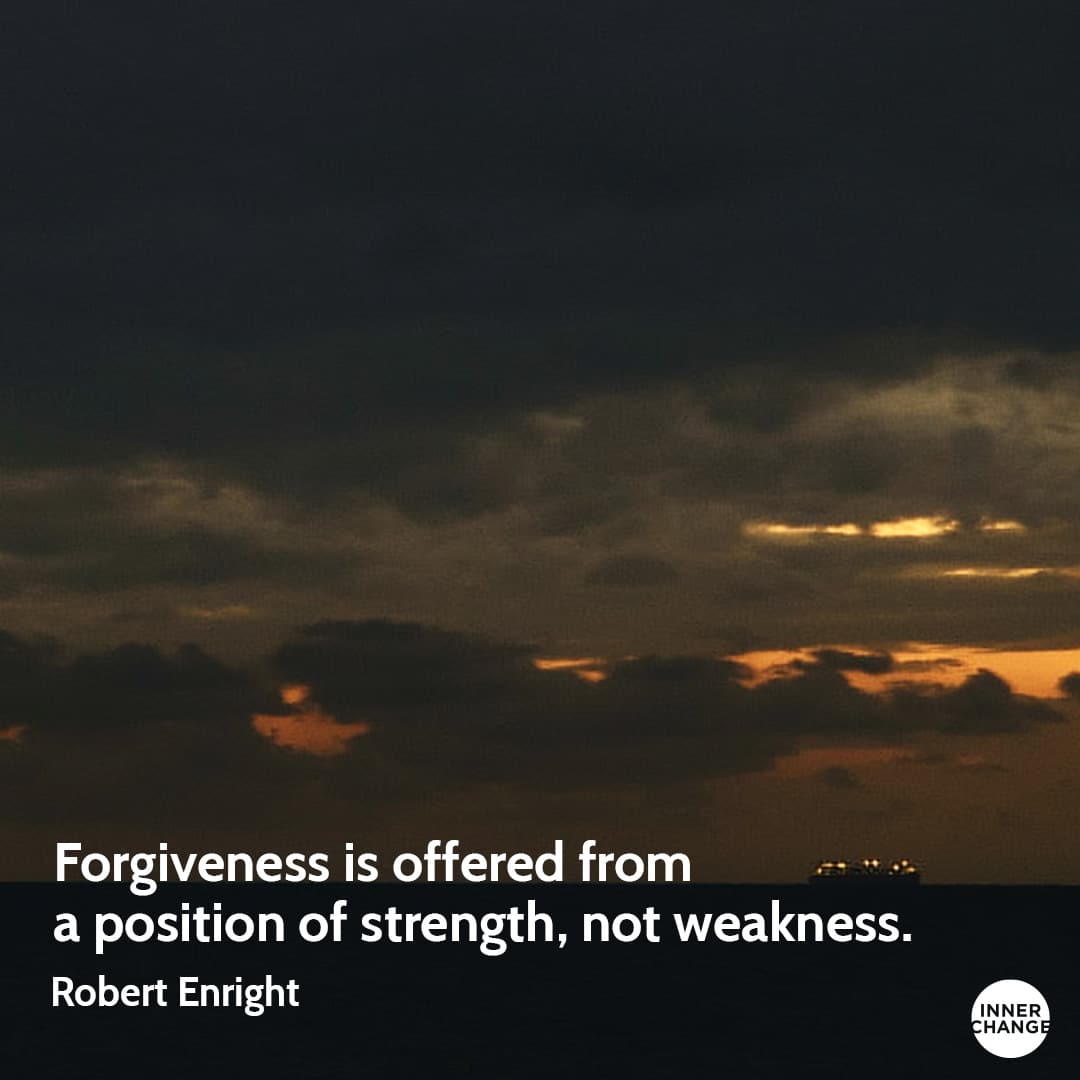 This is what forgiveness is not

When you forgive also seek justice.

A lot of times when people think about forgiving they are afraid of it because they are thinking of what forgiveness is actually and they're thinking of what it's not. Here's what forgiveness is not.
Forgiveness is not excusing or condoning what the other did. When you forgive you say to yourself did was unjust. And it is unjust and will always be unjust and I am not having this response of goodness because I think what you did is alright. No. The beauty of forgiveness the heroism of forgiveness is offering this goodness knowing the other was not good to you.
Forgiveness is not condoning or excusing. Forgiveness is not forgetting what happened because if we forget we might be vulnerable to the injustice again. When we forgive we remember in new ways where when we think about the person we're not filled with hatred. We're not filled with rage. Forgiveness is not the same thing as reconciliation. It took us a while in our forgiveness seminar to figure that out. Many people think that when we talk forgiveness it means you have to go back into the abuse of what is happening. So a typical response in a partnering situation when someone has been abused, they say, forgiveness? Why would you ask me to do that to go back into the verbal or physical abuse all over again? Why that's ridiculous. But to forgive is a virtue that starts within as an insight that it is good to be good to those who aren't good to me. It is good to be merciful and let that flow out to the other for good. Reconciliation is not a virtue. It is a negotiation strategy of two or more people coming together again in mutual trust. You can offer the virtue of forgiveness to others without trusting them. You can offer the virtue of forgiveness to others without reconciling with them. And you can't forgive.
And this is the fourth point of what forgiveness is not. You can't forgive and bring justice alongside the forgiveness so that justice and forgiveness grow up together. Many people think in what I call either or terms. You either forgive or you seek justice but you don't do both. Actually Socrates told us millennia ago that when you practice any virtue, you always bring other virtues along with your one virtue so it doesn't get out of balance. When you forgive also seek justice. So what is forgiveness not? It is not excusing or condoning. It is not forgetting but remembering in new ways. It does not necessarily mean reconciliation although it could happen if the other becomes trustworthy. And when you forgive, you don't throw justice away. You bring it alongside so you can forgive and offer respect to the other. You can offer love to the other but then ask something of the other. Ask fairness of the other you see forgiveness is from a position of strength, not weakness.

Robert Enright does an excellent job of defining what forgiveness is by putting into light what oftentimes we mistake forgiveness for.