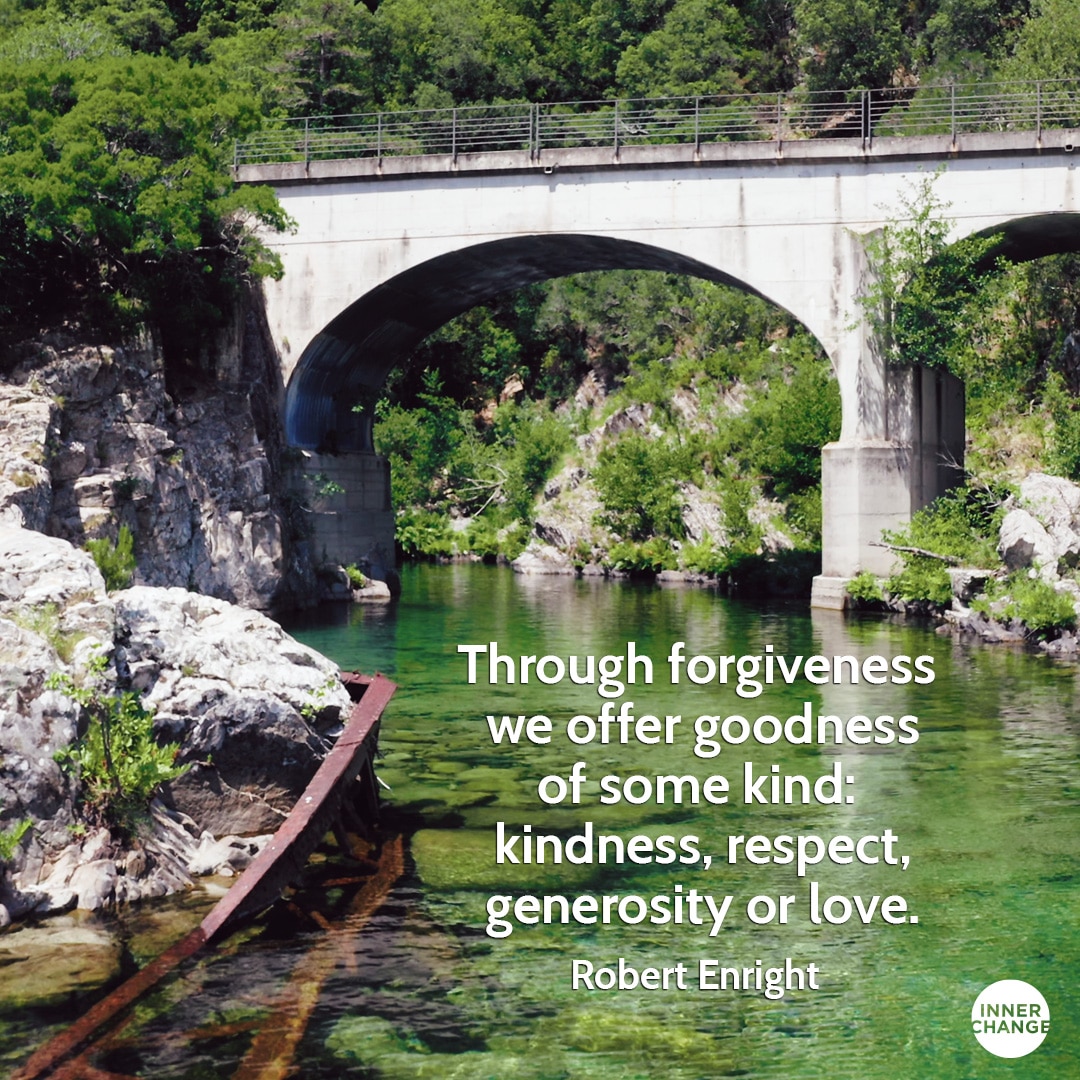 The essence and definition of forgiveness

Robert Enright, Ph.D., is a professor of educational psychology at the University of Wisconsin-Madison, a licensed psychologist, he pioneered the social scientific study of forgiveness. He is the author of over 120 publications. His colleagues and he have developed and tested a pathway to forgiveness, called Forgiveness Therapy, that has helped incest survivors, people in drug rehabilitation, in hospice, in shelters for abused women, and in cardiac units of hospitals, among others. Enright has developed Forgiveness Education programs for teachers in Belfast, Northern Ireland, Athens, Greece, Liberia, Africa, and Galilee, Israel.

Through forgiveness we offer goodness of some kind: kindness, respect, generosity or love.

One thing we did in our Friday forgiveness seminar that's been going on since 1985 is to try and find what the definition of forgiveness is. And we tried to find the common core or what Socrates would call the essence of forgiveness. Yes, you see different definitions from east to west and different cultures but a lot of times they're still talking about the essence or the core of forgiveness while they put in some cultural nuances. And so in our interdisciplinary, in our cross-cultural and interfaith group, in other words we have people from all over the world sitting in on this Friday seminar, we looked at the different kind of literatures in Buddhism, Confucianism, Judaism, Christianity, Islam, humanism. And what we tried to do is bring the definition to such a basic level that most people in most of these belief systems and different cultures would agree to it.
And here's what we think forgiveness is. First it takes place in the context of injustice and we try to get rid of something negative which is resentment toward the one who hurt us and to offer goodness of some kind to that person whether it's kindness, respect, generosity or moral love, what the ancient Greeks called the apape which is being in service to the other. When you put the virtue of justice alongside that, the other doesn't necessarily deserve this goodness but forgiveness offers that nonetheless. Three parts to the definition. First there's been an injustice. Second we commit to getting rid of the negative which is a resentment toward those who have hurt us. And we offer goodness of some kindness, respect, generosity or love. It seems to me philosophically the highest form of forgiveness is to unconditionally love those who have hurt us. It's higher than respect because you can respect someone from a distance. Love enters into the other world for their sake.

Robert Enright and his interdisciplinary, cross-cultural and interfaith group, in other words people from all over the world sitting in on this Friday seminar, looked at the different kind of literatures in Buddhism, Confucianism, Judaism, Christianity, Islam, humanism. And what they tried to do is bring the definition to such a basic level that most people in most of these belief systems and different cultures would agree to it.

Simply register to our newsletter or notifications. On the next page you will be able to confirm your choice.

Robert Enright explains how he started studying forgiveness, that there were virtually no studies on forgiveness when he started.

How I became involved in forgiveness studies

There are two paradoxes in forgiveness that surprised me.

Through the practice we do become more proficient in the practice of any virtue including forgiveness which I think is the hardest virtue to exercise on the planet because you're being good to those who have betrayed you.

Learning to forgive in the small things

What forgiveness is not

How to cure resentment

Forgiveness is so simple

The different stage of a forgiveness therapy

Freedom to forgive or not

A road map for forgiveness

How to know that you have forgiven someone?

You cannot reverse what was done