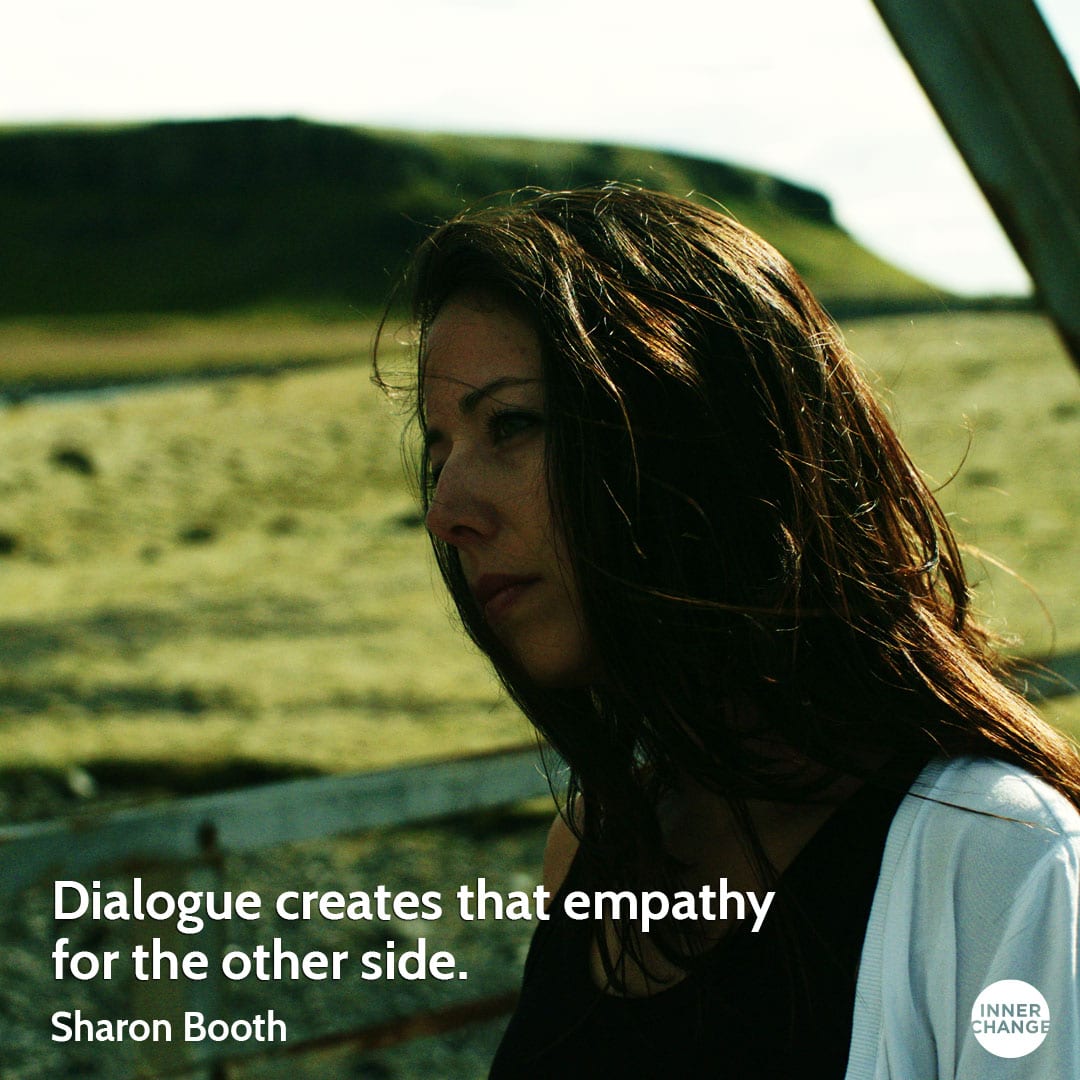 Dialog is a softening of the heart

The main outcome of the dialogue that we do is a softening of attitude rather than a change of opinion. Sometimes we do change opinion in sessions. People might hear somebody else's side of the story and actually say, you know what, you might be right, I'm going to change my view. It's very rare, though. I think the main point of dialogue and the strongest thing that can come out of it is that empathy. It's that understanding the other side. But there's no pressure to agree. You're not trying. This is the difference between dialogue, debate. If you're having a debate, you're trying to win over the other person, to win over the audience who's watching the debate. You're right. And the other person's argument is wrong or is less valid or whatever. Dialogue is more about just learning about the other and understanding without the pressure of having to win the debate. And that's where it's a completely different ballgame that you're playing, because the outcome that you're trying to get from that is to move on to another conversation from that dialogue about how we can improve the situation for the people involved, whether it's a personal situation or the Israeli-Palestinian conflict. Dialogue sets you up for that, creates that empathy. And you can then start to be more constructive and creative in your solutions because you actually know what the other side need, you understand where the other side is coming from. It's a tool and it's really important.