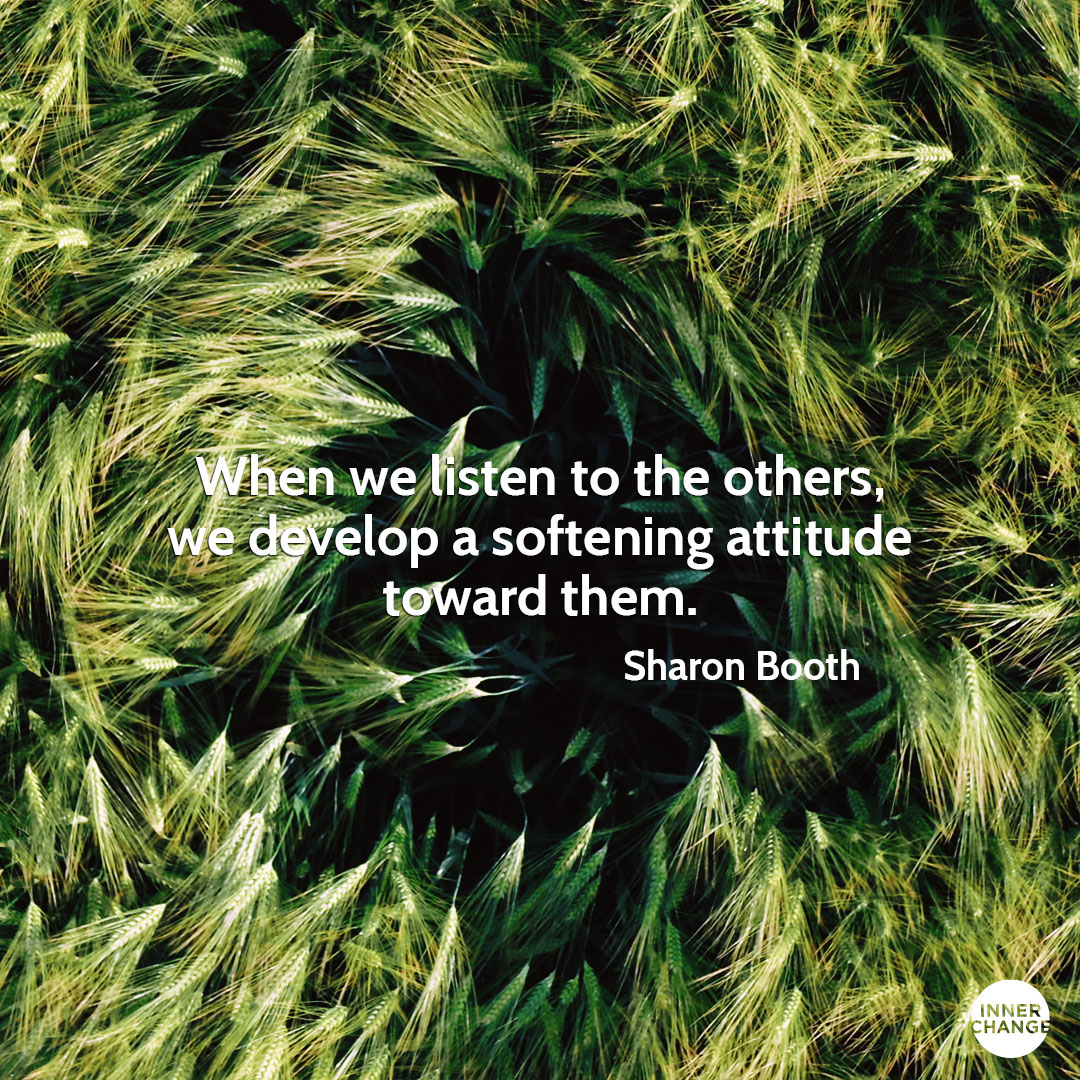 Hearing two sides of a story brings a softening

When we listen to the others, we develop a softening attitude toward them.

The vast majority of the students it is the first time that they have met someone Israeli and or someone Palestinian. So for them it's definitely a transforming experience. And one of the main reasons for this is because all of us of course over here mainly see information about the Israeli-Palestinian conflict in the news in the media and on social media. And that's inevitably limiting and pretty much every media outlet whether it's mainstream or social media has some kind of opinions. It has some kind of bias.
In social media people tend to be in this echo chamber on Twitter or whatever where or on Facebook where they have their friends who agree with what they already think or posting the same information which reinforces what they were already thinking.
So you've got that element. And then you've got the mainstream media who depending on if they're left wing or right wing and this is what I mean by people making this issue not necessarily really about Israel Palestine but about their own worldview whether it be left wing or right wing or whatever. So you see the mainstream media pushing more of a left wing approach or right wing approach using this issue as a badge of like a credential for their political positioning. And this is the prism that all these young people see the issue through. So then they meet ordinary people who talk about their childhoods and talk about growing up just like them but obviously with some differences that need to be addressed for the future in terms of the conflict. And the other it's just a whole new experience for them.
What we tend to see is that if people come in supporting one side against the other thinking basically there's one side that's got to win, the other side should lose, one side's right, one side's wrong, they tend to come out of the session questioning that idea. They see it more, there's a humanizing element to the session which helps them to see it more as ordinary people not just armies and governments. But we've had a lot on our feedback forms we use, we have a lot of response from students saying you know I'm still more pro this but I'm where I've heard the other side now. I'm willing to listen to the other side, that kind of softening attitude.

I heard about Solutions not sides when I was in Bethleem. It was interesting to see how students in the UK can learn about the Israeli Palestinian conflict