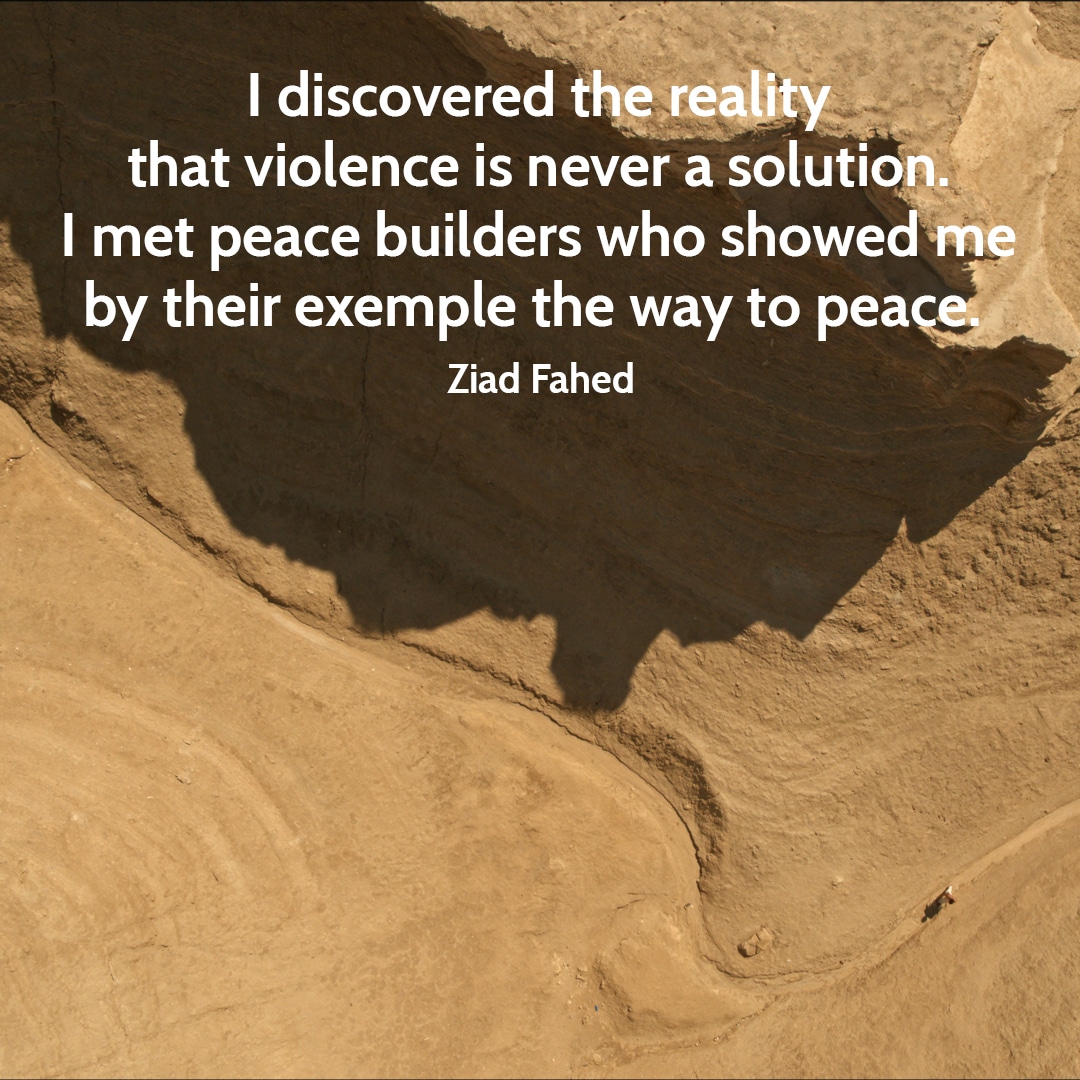 I discovered that violence is never a solution and that war can never end.

The war in Lebanon started when I was nine years old. And since that time the image of the wars were exactly printed in my head and in my heart. When I was a teenager I was so excited to help and to defend my society. I believed in violence. I believed that violence could bring the solution and could protect my people and my family. So I was involved in that time during the war. I did what a teenager can do when he is brainwashed, ready to fight, to spread hate, to spread violence even by giving violence, ready to defend and to do whatever we can do on that time. Later on I was privileged to discover another reality. I discovered the reality that violence is never a solution and that war can never end. And war will never bring a right solution. And that war can never be a solution. I think the most important factor in my life was meeting people who were bridge builders, who were able to cross and to abandon violence in their own life, who were by themselves bridge builders, through their own examples, their own testimony, their own life: Muslims or Christians, Lebanese or French or Swiss or whatsoever. I was able to discover that there is another reality and I was able to discover and to believe in myself. I was able to discover that Lebanese people are not pitbulls, ready to kill each other, ready to hate and to attack each other.

Ziad has been active in peace-building for a long time. It's interesting to see how meeting people who were peace builders made him change his behavior.

1 thought on “Meeting bridge builders helped me abandoned my violence”