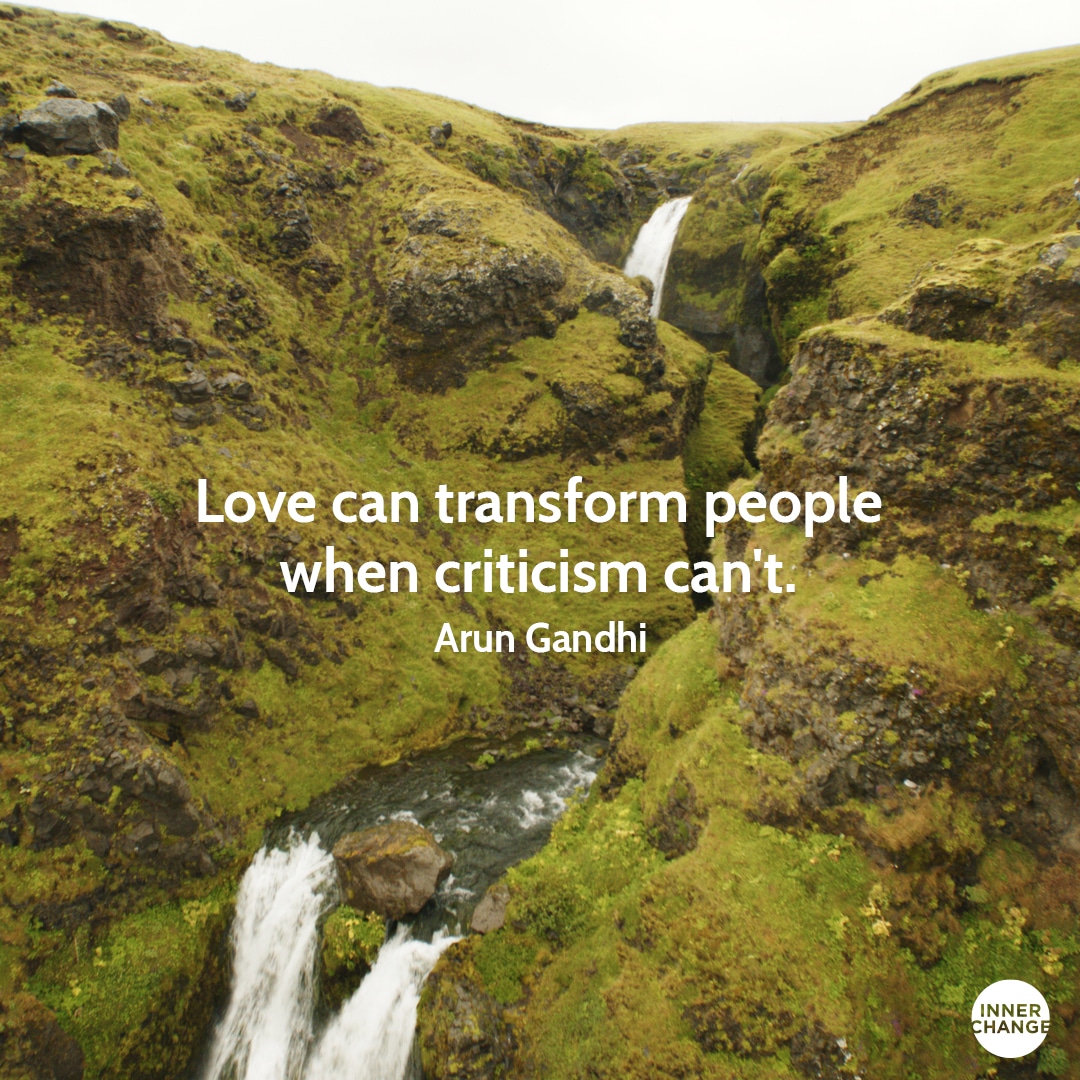 The transforming power of love

Arun is the fifth grandson of India’s legendary leader, Mohandas K. “Mahatma” Gandhi. He consider himself as a peace farmer.

The moral of that story as Grandfather told me was love.

This is a really good story which my grandfather told me about once. And it's about a man who was very disorganized and had bad habits. He didn't clean the house and left the dishes and everything was dirty and very bad in his house. So nobody ever came to his house and he didn't have any relationship.
Then one day he met a lady and he started falling in love with that lady and she gave him a rose and he brought that rose home and he wanted to put that rose in a nice clean vase because it was given to him by somebody who he cared for and she cared for. So he found a vase and he washed it and cleaned it and he found that it was good on the dining table but the table was so full of dirt so he started cleaning the table, and then he found the table was very clean and the rest of the room was bad. And so one thing led to another and eventually he cleaned up his whole house but just because of one rose.
The moral of that story as Grandfather told me was love. It was love that compelled him to change his habit and change his home. But if we go and criticize the person and said "you're a dirty person and you don't take care of yourself" and so on, and then that person just gets more and more dirty and he doesn't care about anything. So love can transform people when criticism can't.

I like how this story told by Gandhi show the power of love in action. We probably all have witness it sometimes in our own life. I have seen it in action in my own life when I let spirit/love/god takes it's place in me. 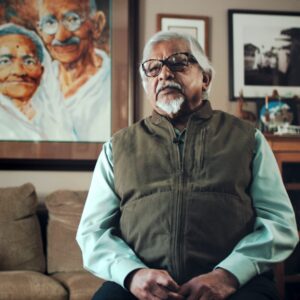 His Grandfather Mahatma Gandhi told him a story about the meaning of peace.

The meaning of peace?

Dealing with our anger

We can only go out and plant seed of peace...