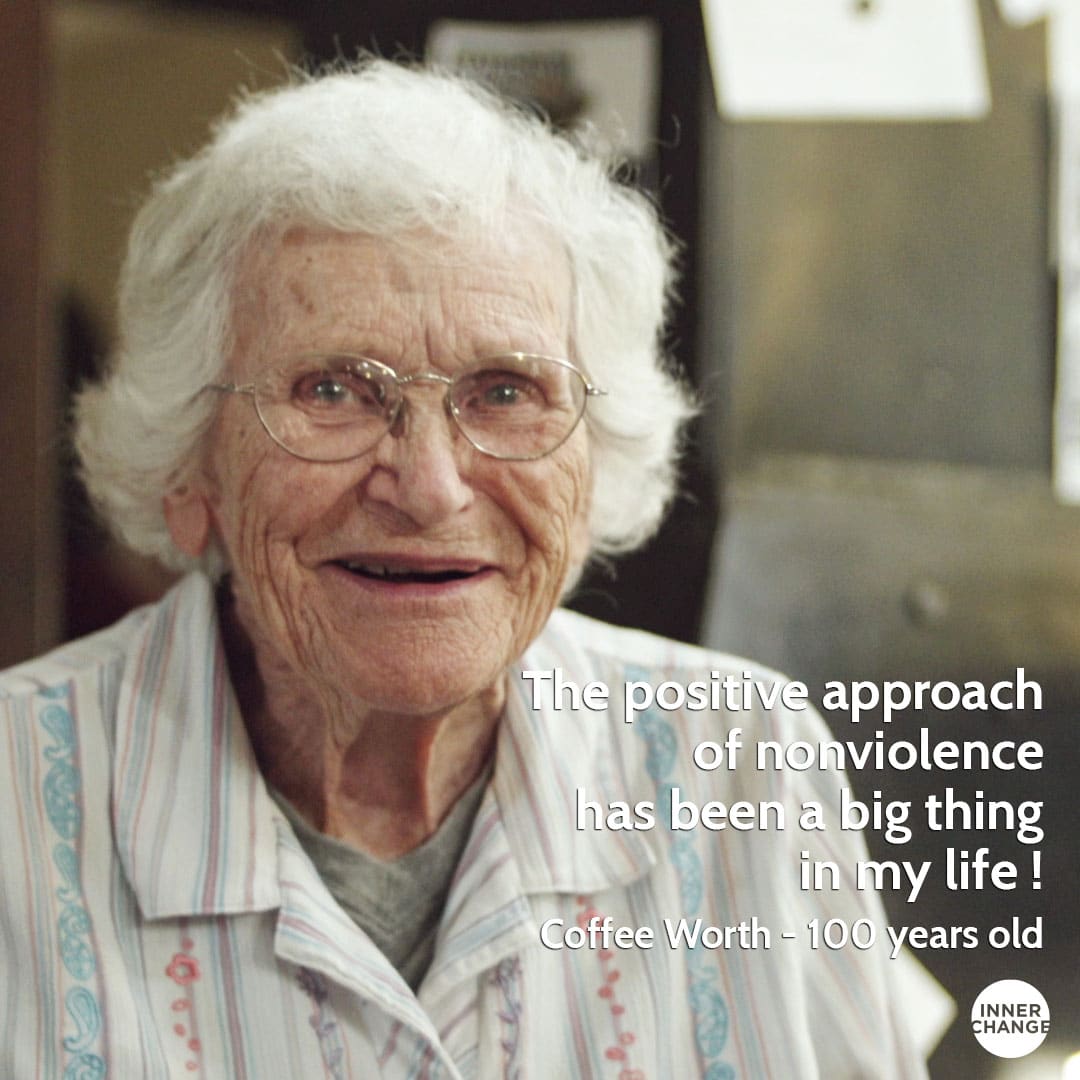 A life of nonviolence

From Louise “Coffee” Worth

The positive aspect of Nonviolence has been a real help for me.

Oh, I've lived the life of joy. I've been frustrated from time to time. But the positive approach of Nonviolence has been a big thing in my life. And the times when I was not faithful to that vision I really felt bad about it. I don't like to remember those times. But we all make mistakes. So I did too.
My mother wasn't very fond of the activities that I was involved in. She was used to the Southern way. I remember some of the things she told me which were not true. I found that arguing with her wasn't very convincing to her. That's one thing I learned. Don't waste your time arguing with people who don't agree with you. Act. Arguing isn't the way. Nonviolence! Arguing can be important, but the Nonviolence over the argument approach is better I think.