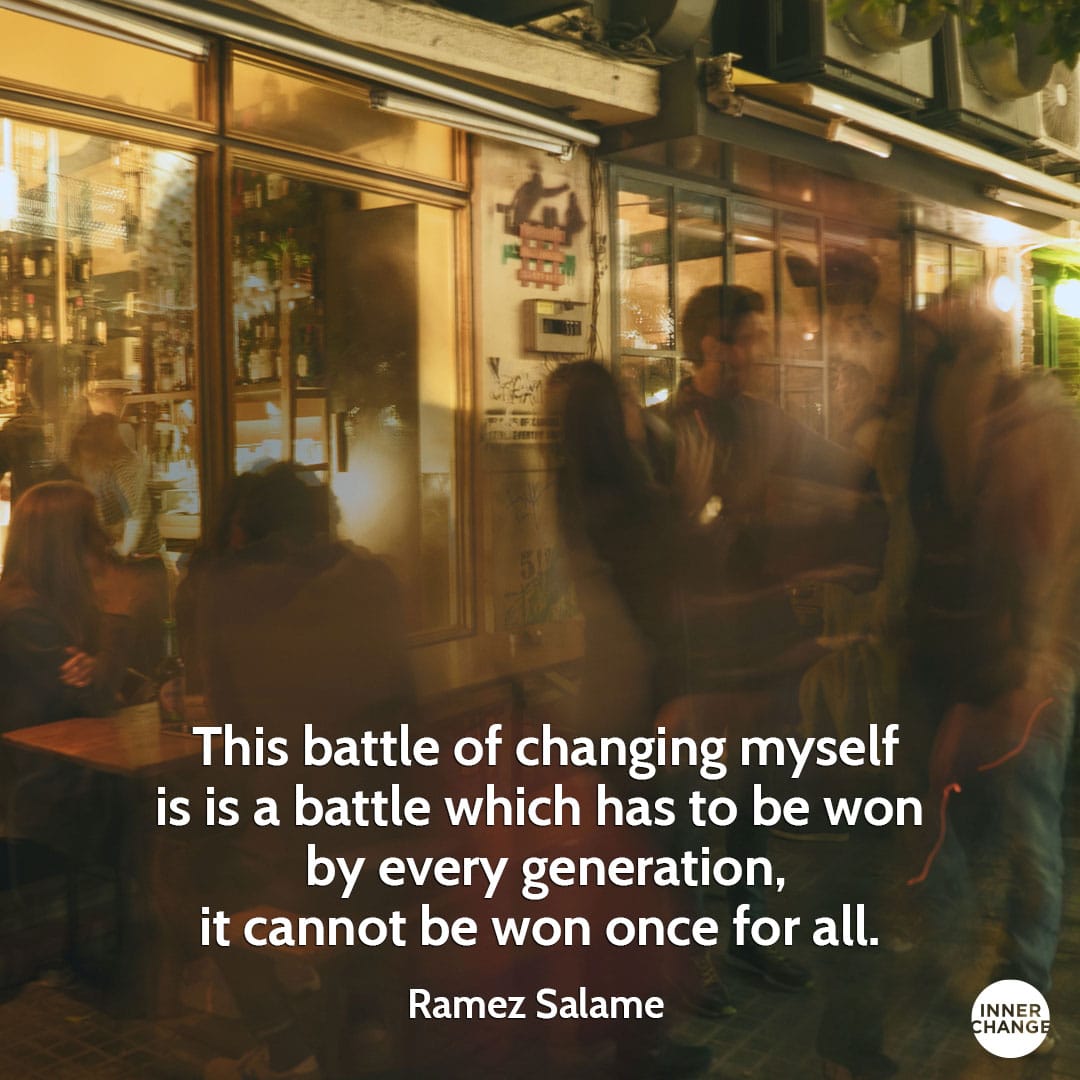 A universal thirst to give meaning to one’s life

This battle of changing myself is is a battle which has to be won by every generation, it cannot be won once for all. It has to be won constantly.

I think the young people, any young man is, has a thirst for something that would give meaning to his life. Something that would enable him to bring change you know society because our societies are so imperfect especially, take our country Lebanon where you have corruption. You have a sense of hopelessness also in people especially for political reasons and people and young people in general are suffering from that. But they don't see where, what is the solution.
So in a way they long to hear from people who have been who have had an experience of change in their lives and who are doing something to bring change however small it is. They will, they want to listen to those people to be inspired from those people. So this is why I feel we have a tremendous responsibility because this battle I was telling you about you know this battle of changing myself in order to be someone who can influence you know the course of this society where you're living is a battle which has to be won by every generation. It doesn't, it cannot be won once for all you know, one or once for ever. It has to be won constantly you know.
So this is why I feel we have the duty to take to take this experience to the younger generation and what we have noticed is that they respond. They respond and they are looking for that. But I think we have to be patient with them. We have to be patient because they are searching for their own you know their own individual contribution and how to offer it. So this needs I think accompaniment of the young people. So it's not an action you do once but it's something you keep doing it with the same people.

We met Ramez in his office in Beirut. It was a deep time where Ramez shared his heart. He played an important part of bringing Christians and Muslims to talk and learn from each others during the Civil War. He had a profond spiritual experience that made him give up his gun and fight for peace with dialog, love and respect.
In this short interview, he explains why it's important to inspire young people and give them a sens of meaning. He regularly talks to young people to explain what dialog has brought during the Civil War. He them explains why this idea of changing one self is something that has to be won be every generation.