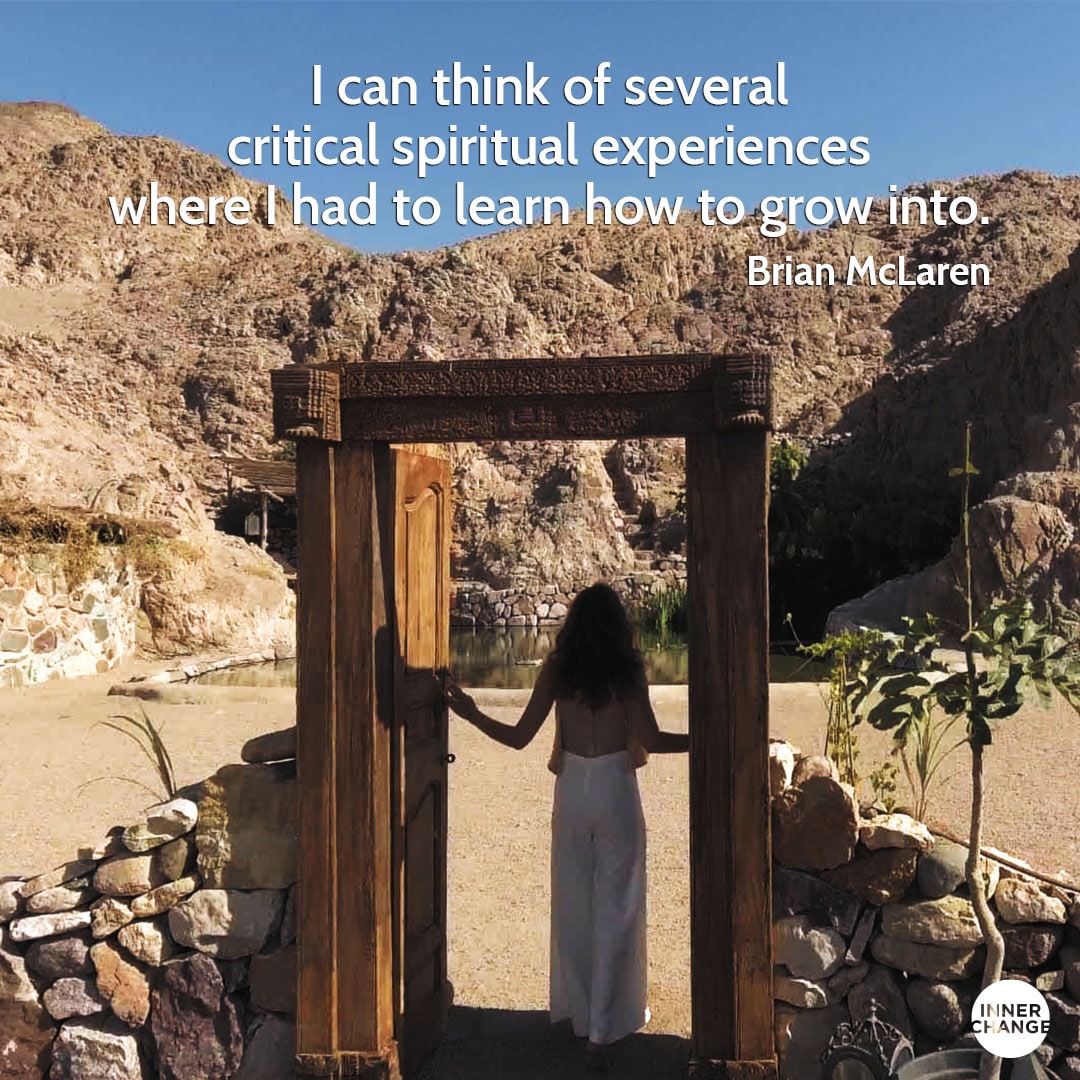 State and stages in the spiritual life

Brian D. McLaren is an author, speaker, activist, and public theologian. A former college English teacher and pastor, he is a passionate advocate for “a new kind of Christianity” – just, generous, and working with people of all faiths for the common good.

It's been helpful for me to think about people experiencing states and stages.

It's been helpful for me to think about people experiencing states and stages. A state is a temporary experience. Often people talk about an experience of enlightenment. And what's interesting when people describe these experiences, they're very similar even if they happen in different religions or different contexts. But it's the sense that you've lived at a certain level and suddenly you broke through, maybe broke through up or maybe you broke through down, but you reach some new level and the world looks different. And there's often a feeling of euphoria and peace and you break into this and then almost always it fades.
I've come to understand that those those experiences are gifts that in the Middle Ages, the monastics called them the visitations of God or the favors of God, that they're these great experiences. But here's what I think we learn. If a state is when you have a temporary almost like a vacation to a better place, then you actually could start to develop practices that would help you move there, so that you could live there and that would become your normal state. Well then you'd be ready for something else. And this is how the spiritual life has been for me. I can think of several critical spiritual experiences where I had as a temporary experience of a state that then I had to learn how to grow into.

Simply register to our newsletter or notifications. On the next page you will be able to confirm your choice.

What is the relationship between the inner and the outer world?

What difference does it make, when we experience life as connection?

Life as disconnection or connection?

How can we overcome the tendency to see the world in binaries: good/bad, in/out?

The dualistic mindset: we can develop a new way of seeing

We can be quite violent with ourself. Nonviolence in some ways starts inwardly and then expend to others.

The power of the inner work

How we understand God (exclusive or inclusive), will shape how we love God's creation.

God of the inclusive, creation care

If God is seen as the creator of all creation, what would that change?