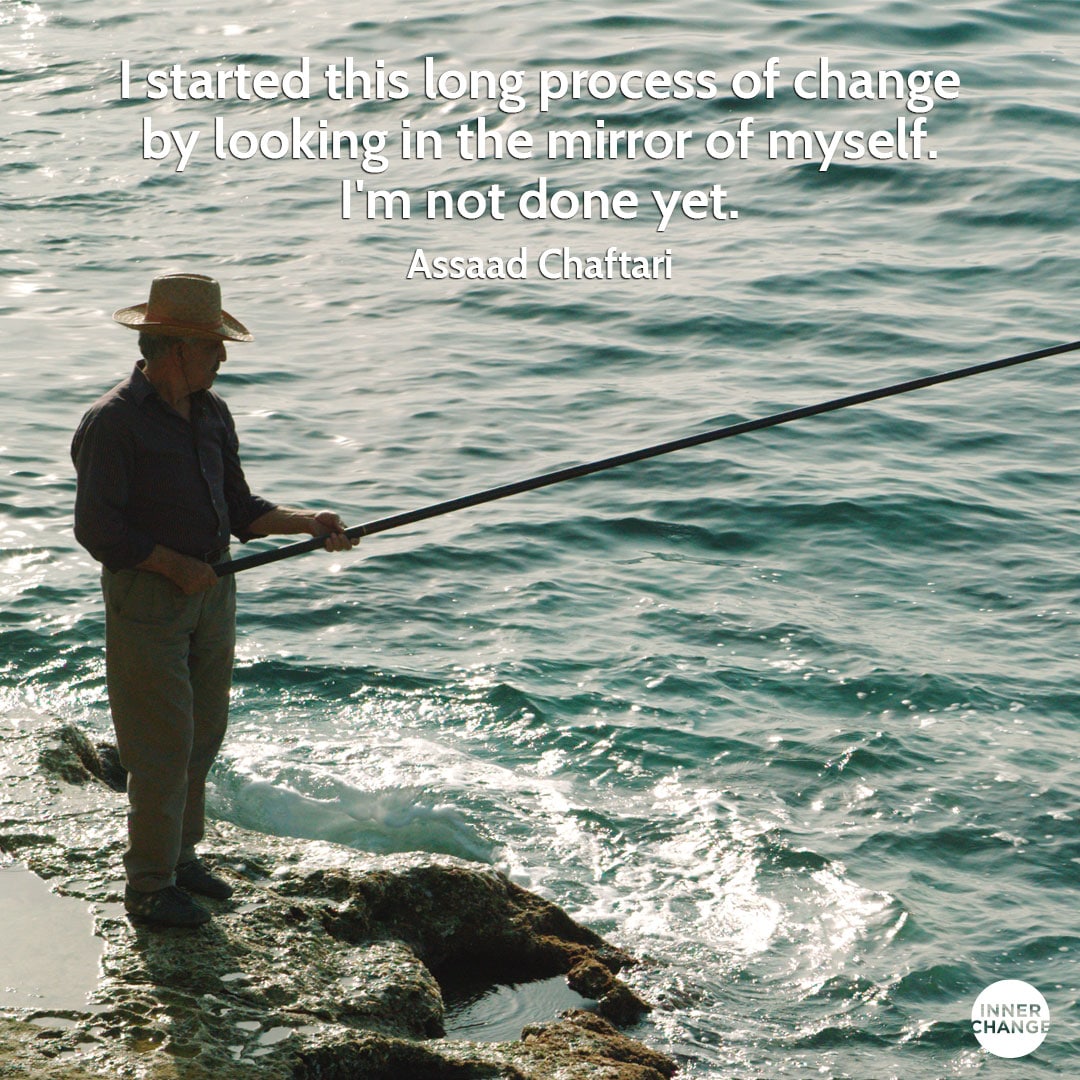 How I came to look at my self: Four moral values to see where you stand

I started this long process of change, I had to look into the mirror of myself. I'm not done yet.

A group contacts my wife and later on my wife introduced me to them. They were called "Moral Rearmament" and I discovered that they were an international organization speaking of peace and change. I used to go with a gun hidden under my pant, here, you know and two bodyguards waiting for me outside. And this is where I was saying that for the first time I heard in the midst of the civil war people speaking of peace, the spiritual peace rather than the technical peace.
They started asking me some questions that I found bizarre at the beginning, like "you wanna change everybody to resemble to you and to look like you and to think like you but are you ready to change the things in you ? Who said that you are perfect and that everybody should be like you ?" Well I thought back then that I was perfect you know. And this is ridiculous ! But anyhow, so they said: " okay, you are free to think of yourself what you are, what you want. We don't want to influence you but we suggest that you compare your life to four moral values, and see where you stand".
And these values were, as I said, four, which were honesty to yourself, to the other, towards others and towards God if you are a believer. The second one would be purity, not only purity of flesh but also purity of your intentions, not sexual intentions but intentions in general. I mean, do I deal with you because I need something from a relative of yours or because you're a human being and I want both of us to communicate and benefit from this relation. Then unselfishness the third criteria. And the fourth one which is the most important one. And I think that it envelops the first three, which is love.
I did not think back then that I had problems with any of those criteria until they suggested that I take quiet times on a daily basis during which I would analyze or compare the way I'm living or the situation I am in to these four moral values. And when I finish just try to be ready to listen to what God may have to tell me. Of course not directly. I don't hear, I never heard voices, apart from my son: " Assaad, you should do this and that !" But it's a kind of antenna that is directed towards the Creator and trying to guess what He has to say, and you can know if it's coming from your head or from, between brackets, "demon" or if it's coming from Him. All along my life until today sometimes I heard some difficult things that I had or understood that I had a lot of difficult things that I had to achieve in my life, tough things, and these things I postponed and postponed and run away from until I was convinced that no there's no way to have a better path to become a better person or to have a better world unless I went through these difficult experiences.
One of these experiences was the decision that I had to look in the mirror and when I looked into this mirror of myself I saw an ugly person. I almost did not recognize myself. You know I had done terrible things not only because of my wartime activities but also on a personal level the way I dealt with people my ego, a lot of sins, a lot of sayings and also on a national level. I mean the way I had lived this war and what I had done during the war. So, I started this long process of change. Of course a lot of bitterness, a lot of shame, a lot of wanting to isolate myself not to deal with anybody, wanting to run away maybe from myself but I knew that this was the only way to save what was left of me and to try to redeem and repair what I had to, my mistakes, my sins, my crimes, the whole set. So I started then, did not finish yet, along this path.

An interesting way to look at how Assaad Chaftari changed through seeing his life in the light of four absolute moral values. He was sure that his life was perfect until he started to look inside of him. It was a deep process that led him to write later on an apology letter for what he had committed during the Lebanese Civil War.